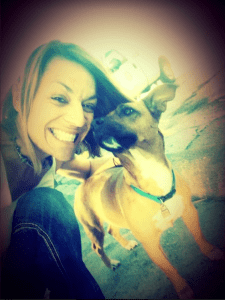 Michelle Elko is a mother of two who lives in Nassau Bay, TX with her fiancé Paul. Together they have three kids, three dogs, and a kitten. She graduated from college in 2000 from nursing school and worked as an LVN.

In 2005, Hurricane Rita hit. It was then she decided to change careers after helping with a remodeling job. She came across an opportunity to learn how to spray polyurethane foam. She fell in love with every aspect of it: the outdoors, the science of it, the workout, everything. That’s when she decided to jump another opportunity that took her all around Texas from El Paso to Corpus Christi spraying foam.  And that’s all she wrote. She was off and running and before she knew it, she was working for one of the most successful roofing companies in Houston, Walton Roofing. In just one year, she was a foreman, had her own company truck and crew, and running jobs for big named GCs like Gilbane, and Harvey.

In 2011 she started her own company called Premium Foam & Insulation where she mainly just subcontracts. Being in the industry for so many years and working with so many different people has created an expansive networking group.

She now has a company called M. L. Appraisals (Independent Insurance Claims  Appraiser)  where she goes head to head with Insurance Adjusters about the amount of damage a policy holder has filed and deserves where she takes her years of experience out in the field and applies it to help get homeowners the money they deserve. A job that is equally satisfying. She takes her kids to work with her as much as possible because as she wants to show them that work does not always mean all sacrifice, sweat, and tears. She loves her job and wants to instill the passion she has for roofing as a good example for whatever they chose to do in life as long as they are passionate and happy.

Two years ago she flew to Puerto Rico to run roofing crews for FEMA STAGE II after Hurricane Maria. She was there for 3 months.

Michelle loves to say, “If you love your job, you will never have to work a day in your life.”

When she’s not working, she is on the water or in the water. She also practices Muay Thai and Brazilian Jujitsu with her kids. She always says, she would much rather dig a ditch than be behind a computer, but unfortunately the money is just better on the computer. She still is actively working on side jobs when she can but mostly for fun or for friends and family.

About the Author: Esther Ehrenman